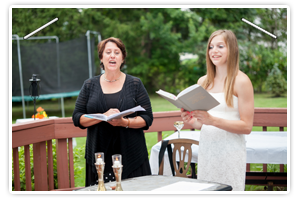 According to some, the first documented Bar Mitzvah celebration is referred to in the Torah: “And the child [Isaac] grew and was weaned, and Abraham made a great feast on the day that Isaac was weaned” (Genesis 21:8). According to one opinion expressed in the Midrash, this was the day that Isaac turned thirteen; the day when he was “weaned” from his childish nature, and assumed the responsibilities of a Jewish adult.

Some believe that the ceremony and celebration of Bar Mitzvah began as long as 400 years ago and it has become a much observed, celebrated and widely known lifecycle event for Jewish boy and girls in the United States and worldwide. 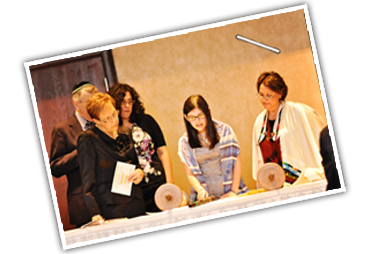 Bar/Bat Mitzvah, literally means, son or daughter of the commandments. At the age of 12 for a girl or 13 for a boy, a child is counted and considered an adult in the Jewish faith. Whether or not the child chooses to lead a service, bless and read the Torah, the child is still considered a “bar or bat mitzvah” by virtue of their age. According to our tradition, the child is no longer able to use his or her parents as a shield for wrong doing but must be accountable for his or her actions. Observing mitzvoth such as fasting on Yom Kippur is now an obligation of the young adult. There are many mitzvoth, commandments that would be appropriate for the bar or bat mitzvah to observe in earnest now including lighting Shabbat candles and charity work for the community.

Dear Laurel,
You have been an incredible teacher, mentor and friend preparing Greg for his Bar Mitzvah. We feel so fortunate to have had you on the case during these challenging months. We will think of you frequently as we tour Israel, and you will be with us in spirit the morning of the Bar Mitzvah in Jerusalem. Thanks again for all your patience, understanding, humor and inspiration!
Elliot, Natasha, Greg, Hallie and Zach